I used to go hiking as a teenager. I remember huffing and puffing my way up the mountainside, the summit just up ahead and the sight of it encouraging me to push on. But on reaching the spot that I'd believed was the top, I felt my excitement turn to disappointment. What I'd thought was the summit was just an illusion and there was more mountain left to climb. 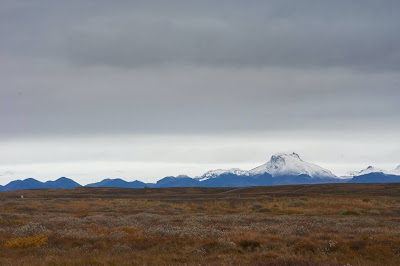 Photo by Wolfgang Hasselman on Unsplash
***
In the beginning, when you were just starting to learn the language, your progress was fast and perceptible. You jumped from zero knowledge to 20 new words in a week. You kept on learning and suddenly you could pick out familiar words you heard in a conversation, menus gradually lost their mystery and you were using 'yes' and 'no' with the confidence of someone who means what they say. Your speedy development motivated you to keep on learning. The more you could feel yourself breaking through the language barrier, the hungrier you were to learn. Fluency was just around the corner. Just another couple of months away.
But the months turned into years and it wasn't fluency that was around that corner, it was a long straight road as far as the eye could see. You kept moving ahead, but you no longer noticed any progress. You plateaued. After almost 3 years of learning German, I can confidently say that not only have I reached the plateau, but I've been stuck here for a while now. I think I knew when I'd reached it, but assumed it would be short-lived. With my language-learning experience, I thought to myself, I'll be C1 in no time (ok, fine, C2, but a girl can dream).
Now, it is true that it is a long journey from B1 to C1, but my lack of progress is mostly my own fault. I can blame life getting in the way, I could even blame COVID-19. Let's face it, that thing has a lot to answer for and it did prevent me from getting out and socialising. But the bottom line is that I haven't been putting in the effort.
But that's about to change. I'm going to get back into it, back into the books and back into some actual learning. I'm tired of the plateau; it's time to start climbing. Wish me luck! 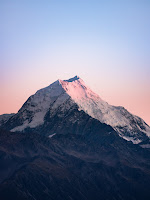 Photo by Mads Schmidt Rasmussen on Unsplash
Words from the text
huffing and puffing   describes your breathing when you're doing physical activity
push on   continue with something (usually, even though it's difficult)
turn to   become, turn into
an illusion   something that looks real, but isn't
perceptible   noticeable, visible
pick out   identify
break through the language barrier   succeed despite the difficulties posed by the language
just around the corner  very close
as far as the eye could see   far
plateau (verb)   when you stop developing or making progress with a given activity
in no time   very quickly, very soon
life getting in the way   when the everyday tasks of life prevent you from doing something
has a lot to answer for   is responsible for something happening
the bottom line is   here - the main reason is