In part II of common mistakes, I'm taking a look at what can sometimes happen when Spanish is translated to English. 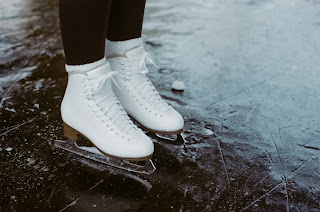 As I mentioned in part I of slipping up mistakes are, of course, part of the learning journey and often result in great stories you can tell later (unlike at the time of making them when they are usually very, very embarrassing!). This list is not intended to discourage, but encourage. You can't learn a language overnight, but you can tweak it a little all the time and although you might not notice the improvement, believe me, it's there.

Below are some common mistakes that some Spanish speakers make.*

2. I wait your response

A useful phrase to learn and use at the end of your emails is the following: I look forward to hearing from you. This phrase is used where Spanish speakers might write 'Espero su respuesta.' To keep it formal, use the present tense 'I look forward to' because this phrase can also be used in informal texts to friends and family. In that case we tend to use the present continuous I'm looking forward to hearing from you.

When providing two options in English using 'or ... or' is half right. Instead try either ... or ... For example, either you can give people options or you they'll take what you give them, whether they like it or not!

While it sounds like it should be right, it's actually not. Here, we're not thanking God directly as we would people (Thanks, Anna and Thomas for all your help). Think of it as a shortened version of (I) thank God, or (we can) thank God (for that). Thanks God, just without the 's'.

That said, there is a very similar expression some people use which does require an 's': Thanks be to God. But not only have we included the 's', we've added an extra two words.

In all likelihood this one isn't new to you, but you might need a quick reminder. In English the correct form is 'depend on'. Why 'on' and not 'of'? Because :) While we're on the subject, it's to be good at doing something and not good in.

This is a big topic, so I'm just going to point out a few important things to consider. As you've no doubt been told or have realised for yourself, not all of the letters in a word are pronounced in English. Some are just there for decoration. Let's take a look at a few of the usual suspects:

If you'd like to hear these words in action, have a listen by following this link.

photo by weston-mackinnon on Unsplash

How do you cook it?

October 04, 2021
It was some kind of radish. I knew one type of radish prior to that day. The radish I knew was a small, round or cylindrical, red vegetable cultivated by newbie gardeners everywhere because it's so easy to grow (apparently). This was not that kind of radish. This one was huge. Giant! I had no idea what I was going to do with it.  So, naturally, I bought it. But I was sure to get some how-to-use instructions first. No need to cook it at all it turns out (despite its ginormous size). Great with salads, I was told. And it was, but it lasted for weeks and there's only so many salads a person can eat. I do this often, I must point out. The buying unfamiliar veggies bit, though the salads bit, too, if I'm honest. It's one of the great things of moving country - finding 'weird' fruit and vegetables you haven't seen before. Weird really isn't the right word. There's nothing strange about them; I had simply never crossed paths with them during my (obviously s
Post a Comment
Read more